The Mk2 Model is released, with Look-Dots and other New Features!

For the month of August, the Lucky 13 Mk2 will be available at a low introductory offer. From September 1st, the price will rise - so get in quick! 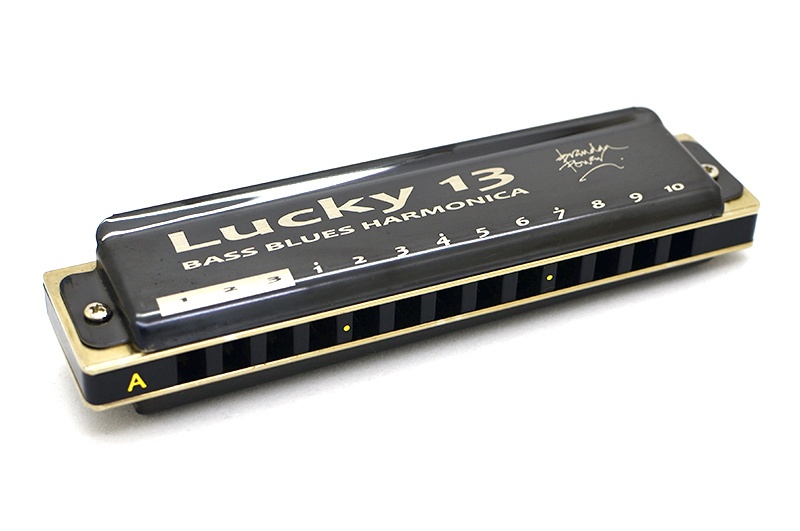 The Look-Dots are my favourite aspect of the Lucky13 Mk2 - so handy! I'll be doing a special video on them soon. If you already have a lucky 13 and want to upgrade with the new Look-Dot comb, it's possible:

Congrats on the release! The look dots are great. The updated package and materials are very sharp as well
Top

Would you recommend using a PR lucky 13 and retune the top for paddy solo?

Probably going to get a G and D thinking of my best options for Irish music.

I think it's better to stick with pure Solo tuning. It's a great option for Irish music. However, if you want to do the retune from Paddy-Richter, it's not too difficult but you'd be best using solder to lower the appropriate reeds.
Top

Oh I'm a bit confused then, my apologies, I'm just starting to get into the different tunings and I'm coming from the tinwhistle world.

for Irish music you'd recommend a mk2 Lucky in solo tuning instead of a mk2 lucky 13 in Paddy Richter?
Top

Vermifax wrote: ↑
Mon Aug 03, 2020 9:51 pm
Oh I'm a bit confused then, my apologies, I'm just starting to get into the different tunings and I'm coming from the tinwhistle world.

for Irish music you'd recommend a mk2 Lucky in solo tuning instead of a mk2 lucky 13 in Paddy Richter?

The solo and the paddy do different things. A Solo tuned L13 has three full octaves where every note is present, and as they are all tuned the same it is very easy to move melodies and figures between octaves. A Solo in G has two chords, G and Am, but is more of a single note instrument.
A Paddy Richter tuned harp has better support for chords: the one in G has huge Em and D chords, large G at the top and a full Am. Every octave is different, but while this makes it harder to move stuff around it also means you can chose to play different things in different locations.

The missing note in the first octave is not necessarily that big a problem for a whistler. Take a look at a standard 10 hole PR in G:

Think of the D in hole 2 as your bottom D on the whistle. You then see that you have the same notes of the first octave from a G major scale that you have on the whistle, in a neat draw-blow-every-other-note pattern. The second octave is a little different, sure, but the first note you actually lack (the hole 10 F#) is outside the range of the whistle anyway, at least the comfortable range. I actually first found PR some 10 years ago while looking for a way to make the harmonica play more like a whistle! (before I found out that Brendan had been using it since the 80s...)

Where the Paddy definitely comes out on top, in my opinion, is when playing tunes in Em. If you think of the notes as corresponding to the whistle notes as I suggested above, the three lower notes can be thought of as bonus notes not used for melody playing but for landing on massive chords now and then. I've tried lots of different tunings over the years, but for many Irish minor tunes I don't know anything that beats the Paddy if you want to include some chords.

In the L13 version, the missing notes in the lower octaves do cause a little more problems if you want to use the bottom for melody playing, but the fat Em and D chords are nice and you can work around the missing notes. For instance, you don't need the C to play the Kesh

As yet another consideration, the L13 Solo only comes in C and G, and you would thus need to find another approach for tunes in D or Bm (or other keys). L13 PR come in D and many other keys which aren't available for L13 Solo (like A). Also, as it's more compact PR also works well with 10 hole harps as well, should you (for some mysterious reason...) ever want to expand your set with some other brand. (Edit: clarified and corrected this paragraph..)

I admit I'm probably biased, and to get a fair comparison you should probably hear from someone who prefers the Solo as well. After all it does in the end come down to personal preferences.
Last edited by EdvinW on Tue Aug 04, 2020 9:44 am, edited 2 times in total.
Edvin Wedin
Top

Thanks Edvin for your helpful comparison of the two tunings.

One point I take from it is that I should add a Lucky 13 Solo in the key of D to the keys available!
Top

One point I take from it is that I should add a Lucky 13 Solo in the key of D to the keys available!

That would probably be useful for Irish Solo players, but even without it the range of keys and tunings is already really impressive.

Also: Congratulations on the release!

They look realy nice, and both the look-dots and bottom valves look like real improvements to an already great harp!
Edvin Wedin
Top
Post Reply
18 posts