I just found that your tuning can be bought off the shelf from Suzuki! Apparently, when you buy a harp labelled "Natural minor" from Suzuki you won't get the same layout as you would from the other major manufacturers, but the one you described. At least if the following chart is up to date:
http://www.suzukimusic.com/harmonicas/m ... Models.pdf

Contrary to others, they name their instruments in first position, and just to add to the confusion, what others call "harmonic minor", Suzuki calls just "minor". This truly is a jungle

Very interesting, however it seems that people at Suzuki are selling some other kind of tuning. Their C natural minor tuning has both G and G# on the same harp. It could be some kind of Dorian+Aeolian equivalent of Lydian+Ionian "Country Tuning".
Top

UdovisDevoh wrote: ↑
Wed Jun 26, 2019 9:27 pm
Very interesting, however it seems that people at Suzuki are selling some other kind of tuning. Their C natural minor tuning has both G and G# on the same harp. It could be some kind of Dorian+Aeolian equivalent of Lydian+Ionian "Country Tuning".

Their natural minor (CNm) is just the tuning you described in your first post, and the other one (Cm) is what other brands would call a harmonic minor harp.

It is "strange", though you might also use the word "wrong" depending on your views on music theory. What they write as a g sharp is actually an a flat! I know Seydel annotate notes in the same way, and I always find it annoying.

In a C scale you have 7 notes, 'c', 'd', 'e', 'f', 'g', 'a' and 'b', and by sharpening or lowering some of these notes you change the mode of the scale. To make a natural minor scale from a major scale, you flatten the third, the sixth and the seventh, so that every 'e', 'a' and 'b' are played one half step below where it usually is. We denote this by putting a small superscript 'b' after the note. In text like this without such fancy annotation capabilities, the Cm scale thus contains 'c', 'd', 'eb', 'f', 'g', 'ab' and 'bb'. In equal temperament, however, a 'g#' and a 'ab' sound the same, so I suppose Suzuki think it's simpler to just use one symbol all the time.

Before the following paragraph, I realize a rant warning is due: no more constructive input will follow. Read on if you want, but be warned

Everyone is entitled to an opinion, and there might be a good case for writing like this, but I find it much harder to read. I'm sure the people working at Suzuki are very competent, and I absolutely do not want to imply otherwise, but every time I see notation like this my first thought is that it looks like a mistake or something written by some underpayed summer intern. To me, this chart is saying "In this scale you never play an 'a', but sometimes your 'g's should be raised a half step!". In my opinion this is not an intuitive way to think of the scale, and I don't see why anyone would make a chart in this way. I consider Suzuki a rational manufacturer, making intuitive and pedagogically reasonable instruments, like the first position natural minor harp we've been discussing, but this is too rational for my taste. I understand that Seydel use this notation in their configuratior, to keep note names short, but this is just about the only use I see for this kind of notation.
*End of rant*

Alright, yes, it makes sense, the G# is Ab
Top

Suzuki natural minor tuning gives you a natural minor scale in first position. This is how they come from the factory in Japan, though for awhile the US service rep was re-tuning them to play Aeolian in second position instead, as this is what most players expect.
Top 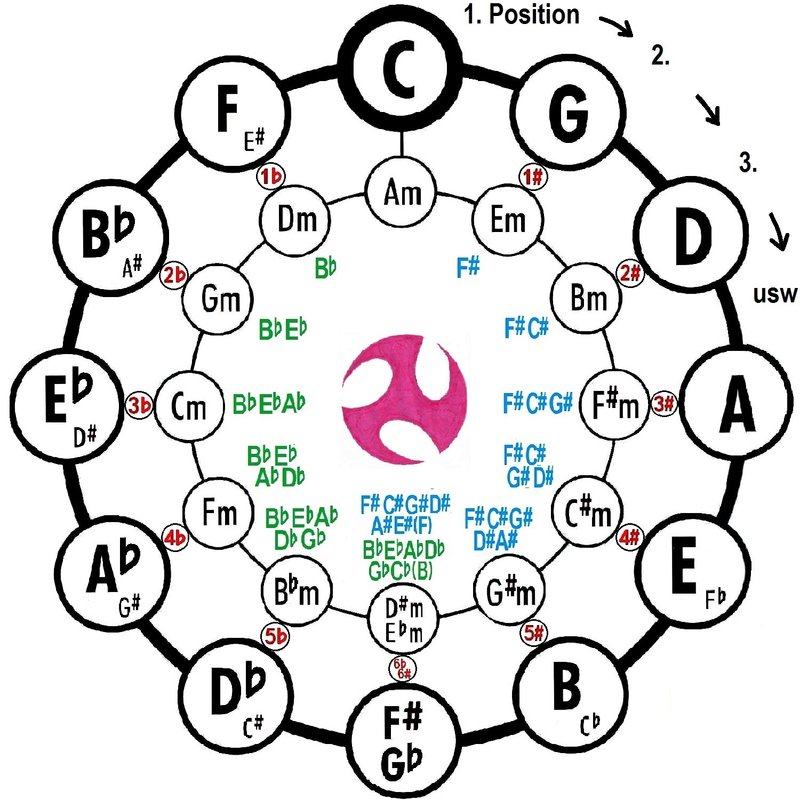 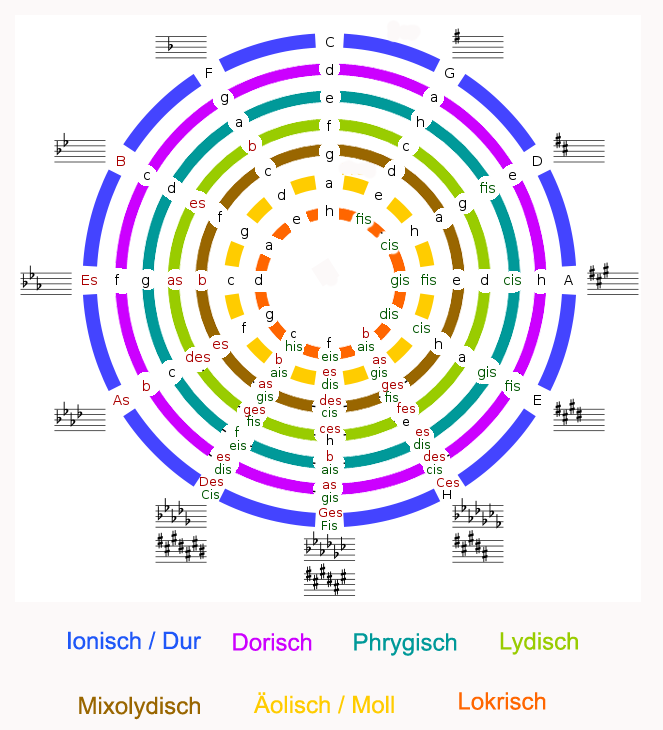