by triona
Does anyone know this harmonica?
Or even better: Does anyone coincidentally own one? 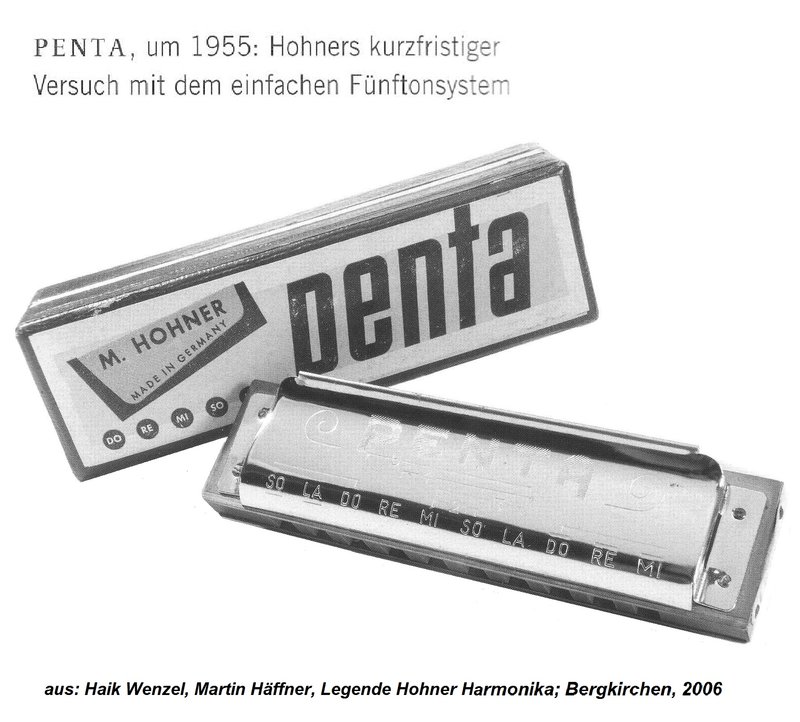 Original picture out of the book "Hohner - The Living Legend" by H. Wenzel and M. Häffner

embossing of the coverplate shown more clearly visible, as far as I could reconstruct 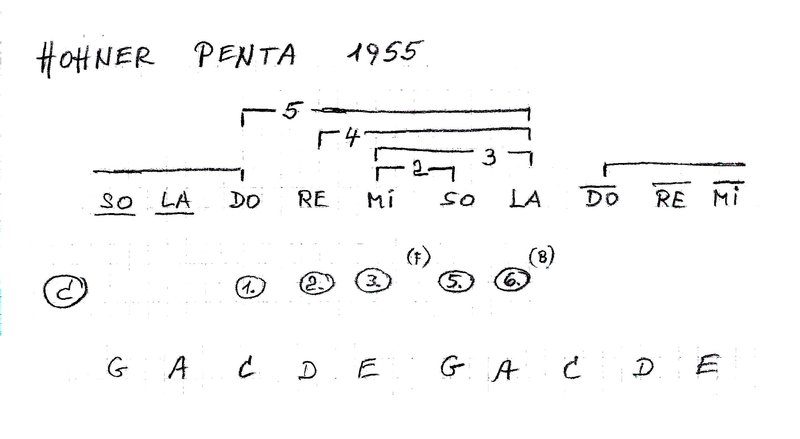 The meaning of the numbers (2 to 5) and of the corresponding brackets do not disclose themselves to me. The missing "1" could be corresponding to the open bracket (???) from SO LA DO on the left and DO RE MI on the right.
Can anyone imagine what might be their meaning?

However the great but important unknown is what notes are on the bottom reedplate. If the answer to this question is known, it would be easy to create such a harmonica by detuning or configuration (*). If one has an instrument to play with, maybe it might be possible to find out the meaning of the cryptic numbers and brackets.


Maybe it might be a good idea to ask Hohner, if there is left anyone who possibly knows anything about the instrument. Or maybe they have one at their museum? At least anyone must have taken the photograph.


*) @ Brendan: This would be a proper task for the "Modular Reed Harp".

Are there any news about it?

by EdvinW
Maybe it's a single harmonica, as described here: https://www.patmissin.com/ffaq/q36.html ?

An instrument seems to be intended for early music education without bottom reeds.

As for the numbers and brackets I have no idea!

An instrument seems to be intended for early music education without bottom reeds.

As for the numbers and brackets I have no idea!


It seems to be a harmonica with only blow notes on only one reedplate indeed. And it seems have been intended for early music education indeed.

This booklet is maybe similar - if not identic - with another one out of print / stock written by Fritz Jöde with a similar title actulally mentioning the "Penta", published by Hohner in 1955 - the year of the manufacturing of the harmonica.

The meaning of the cryptic numbers and brackets is still not accessible. But it might possibly have something to do with the progressions of the pentatonic scale and its modes.

The pentatonic musical education - as well as Orff instruments - did not succeed to get into the curricula of public schools and early music education within the last 50 or 70 years, at least not in Germany, with the exception of Waldorf schools and similar progressive educational movements. This might have been a main reason, why this harmonica soon had disappeared from the market.