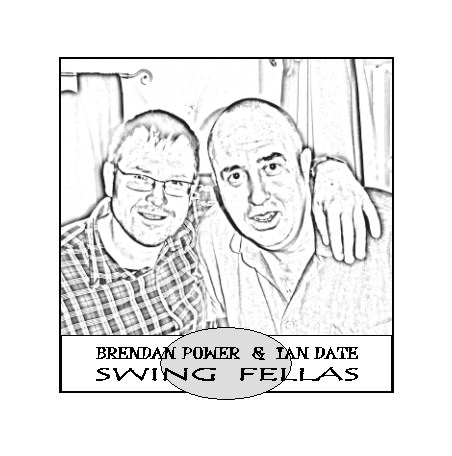 This is my first jazz album, consisting of tunes from the Swing and Hot Club repertoire of the 30s and 40s. It was recorded with experienced Australian jazz guitarist Ian Date and some fine musicians from the area around Canterbury, England where I live. We recorded live in close proximity, as in a normal gig situation. This is how all the great early jazz sessions were recorded, simply because there was no other way (given the primitive recording technology of the time), but the energy that bursts through the crackle and hiss off those classic tracks is palpable. I think physical closeness of musicians during recording leads to much better musical empathy than when they are separated in sound-proof booths, and that was part of the magic of the old masters I wanted to recapture.

Ian played tasty acoustic guitar, some soulful trumpet, and did much of the arranging. Percussion (cajon and jazz bodhran) was played by my friend and regular collaborator Lucy Randall; local Kent legends Jarrod Coombes and Ivan Thompson of the wonderful band Hullabaloo played acoustic bass and sax/clarinet.

I think the soulful qualities of the harmonica suit swing jazz well, but it is a rare voice in this style of music. I taught myself by listening to players of the period who recorded on other instruments. My inspiration especially came from pioneering European jazz violinists Stephane Grappelli and Svend Asmussen, as well as great US swing stylists such as trumpeter Roy Eldridge and tenor sax genius Lester Young.

Previously jazz harmonica has been the preserve of players like Toots Thielemans, who play the standard chromatic harmonica (fully-valved in Solo tuning), and more recently the overblow masters such as Howard Levy, who play specially set up un-valved Richter tuned diatonics. My approach is to aim for the best of both by using custom half-valved chromatic harps in one of my original tunings, PowerChromatic. These custom chromatic harmonicas combine the expressive qualities of the blues harp with the full scale layout of the chromatic, to create what I believe is a promising alternate approach to jazz harmonica. You be the judge!

All the tunes are played on customised half-valved chromatics in PowerChromatic Tuning, set up to bend like diatonics.