State of The Harp 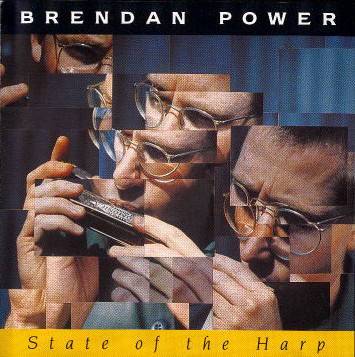 My first commercial album, recorded in 1989 and released in 1990 by Jayrem Records. My dad lent me most of the money to record it, for which I'll always be grateful. It was a chance to bring in some favorite players from the local Auckland music scene of the time; there was a lot of talent around, especially in the young Polynesian musicians, and it was a privilege to work with them in the studio. Check out in particular the scary playing of the young Cook Islands guitarist Tere Ngaeruaiti (18 years old at the time).

The excellent sound quality and production on the album are down to engineer and co-producer Steve Garden, who also played drums and did the Hockney-esque photo montages on the front and back covers. Steve is a real perfectionist in everything he does, a pleasure to work with in the control room. We have great arguments.

I have a lot of affection for State of the Harp, not just for the music, but because it represented a leap of faith that paid off, and led to all the subsequent albums. Thanks to James Moss of Jayrem for taking it on.