I first crossed paths with American Old Timey fiddler/banjo player Janie Rothfield in 2014 at La Grande Rencontre festival in Montreal. From the instant empathy of our impromptu corridor jam we felt like kindred musical spirits, sharing a similar groove and love of melodic inventiveness within folk traditions. It was the first time I’d jammed with an Old Timey fiddler, and the enduring buzz from that Montreal session inspired me to explore the music further.

I love the way the fiddles sound in this genre! The melodies are obviously derived from Irish and Scottish roots, but Blues and Cajun have mixed in along the way to make Old Timey fiddle playing very soulful, and swinging. The soul comes from the way the fiddlers bend into the notes, and that was something I wanted to capture on harmonica. Normal harps can only bend a few notes, but they were bending everything! I found the only way I could get that universal bending ability was with X-Reed (extra reed) harmonicas, so I set about experimenting with different types and tunings.

The main one I settled on for this album was a heavily customised Hohner XB-40. I removed the covers and mouthpiece and put the internal comb/reedplate unit inside a cut-down CX-12 shell (now a CX-10), with rubber gaskets for sealing. After experimenting with many tuning ideas I created a couple of new scales that worked the best: a pentatonic one and another loosely based on Solo tuning. These gave me the ability to bend ALL the notes, just as those fiddles were doing. With the right harmonica in hand I started learning some tunes, listening closely to the great fiddlers in the Old Time tradition as my guide.

Jane visited England in March 2016, by which time I had a small repertoire of classics like Cumberland Gap and Sugar in the Gourd under my belt. I proposed we make an album featuring Old Timey tunes in a new combination: X-Reed harmonica and fiddle. She was keen, and we recorded the tracks live in one day at a local studio near my home in Canterbury, Kent. After she’d left we worked remotely to mix the tracks and complete the album in July, just before I flew to the States for my first taste of Old Timey heaven: the Clifftop Appalachian String Band festival in West Virginia.

What an experience! Clifftop is in a beautiful setting with thousands of Old Timey fans camped amongst soaring trees, has a very friendly vibe, and great music is being played there all day and all night. No big stage and star performers, just amateurs and pros jamming together on the music they love. You hear swinging Old Timey groups to left and right of you in awnings and tents as you wander through the trees; as one jam fades on your right, a few steps later another swells up on your left. The swinging rhythm of the music is very infectious!

Jane and I launched PUFNSAW with a warm gathering of friends and onlookers at her camp. I first heard the full album myself turned up in the rental car driving north after the festival, and it put a big smile on my face ? The X-Reed harmonica/fiddle combination sounds fresh but authentic, and I’m really pleased with how it’s come out. If you like roots Americana music of any description, I think you’ll love PUFNSAW - check it out! 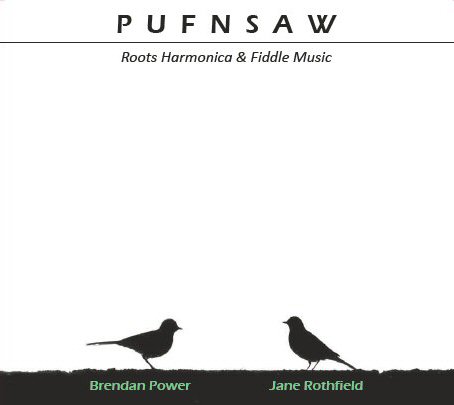 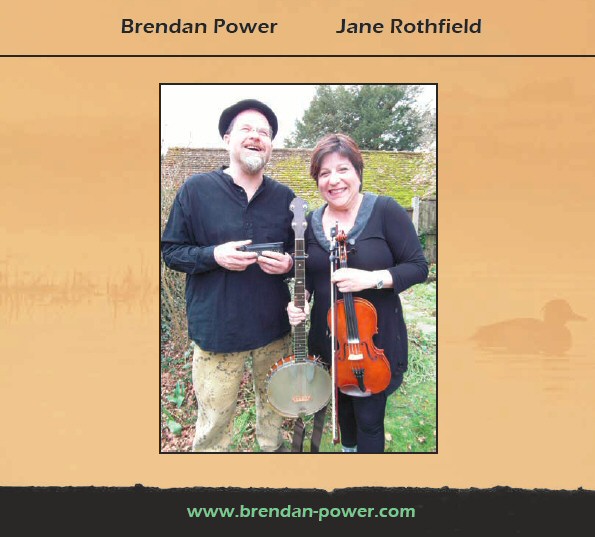 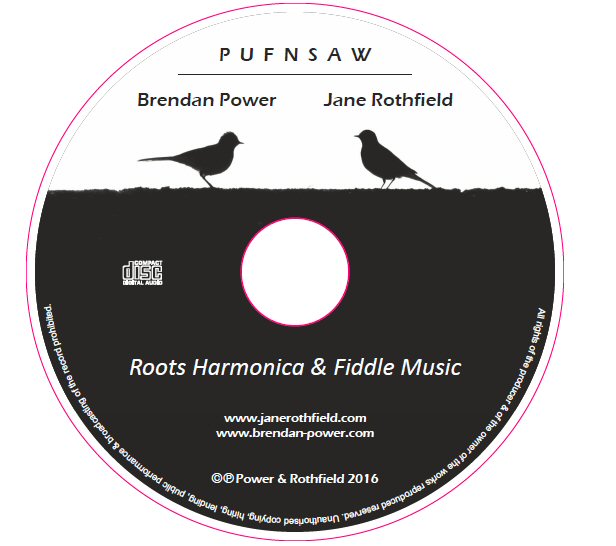 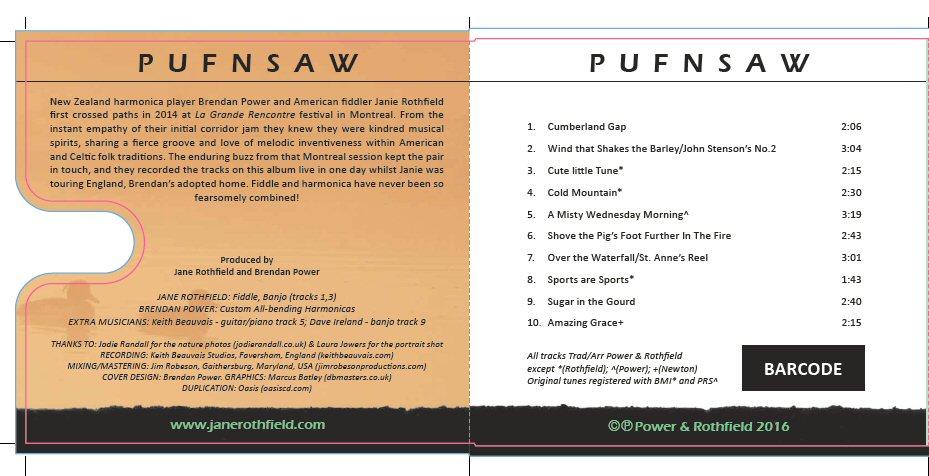