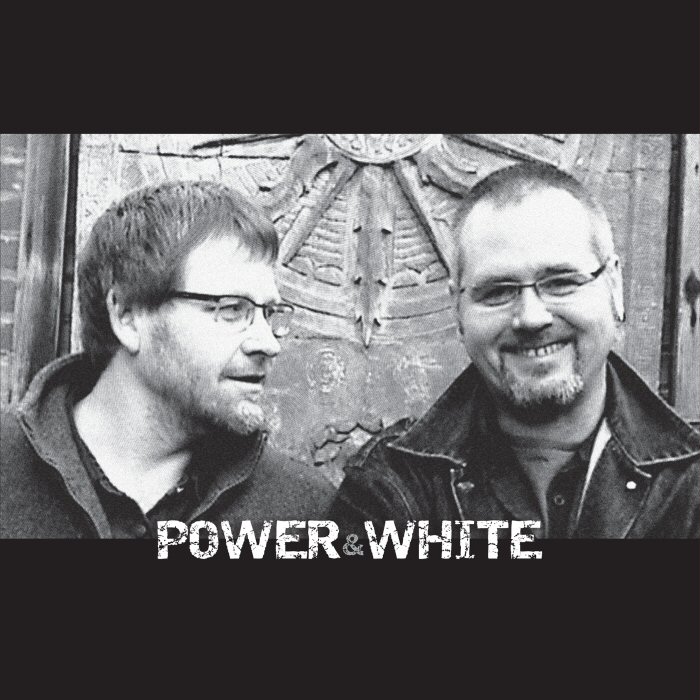 This is an album by Brendan Power & Andrew White, simultaneously filmed and recorded live for extensive promotion on YouTube by Candyrat Records. The duo's powerful blend of passion and virtuosity is brilliantly captured on this album!

ANDREW WHITE (Guitar, Vocals) and BRENDAN POWER (Harmonicas) became friends while living in Auckland, New Zealand. Both moved overseas and have achieved worldwide renown as brilliant solo performers and instrumentalists. Whenever their paths crossed they always took the opportunity to perform together - as they did at the Celtic Connections Festival in Glasgow, Scotland and WOMAD New Zealand in 2009. The enthusiastic audience response to the duo's dynamic stage presence has now encouraged them to team up professionally. Their first album together will be released worldwide in June by respected US label Candyrat Records.

Since Brendan moved to Europe in 1992, he has become known worldwide as an original and innovative voice on the harmonica, especially in the Irish/Celtic music scene. In addition to ground-breaking albums such as New Irish Harmonica (1994), he has recorded with artists such as Sting, Van Morrison, James Galway, Shirley Bassey, Paul Young, Altan, Mary Black, played on many Hollywood soundtracks (such as 2008 Oscar winner Atonement), and performed in the Kremlin. Brendan is Harmonica Consultant for Suzuki Music Co. of Japan.

Born in Newcastle-Upon-Tyne, Andrew moved to New Zealand when he was 16 and quickly gained a reputation as one of that country's top acoustic guitarists, as well as a powerful singer and composer of moving, emotive songs. His stunning and original guitar technique attracted attention from US label Narada, with whom he recorded the Grammy nominated album Islands. In 2005 his talent was officially recognised in his adopted home of Canada when he was nominated for a Canadian East Coast Music Award. Andrew's compositions have been on recordings that have sold over one million copies and he has shared the stage with artists Clannad, Michelle Shocked and John Renbourne - to name just a few. Andrew endorses Yamaha acoustic guitars.

" Harmonica star Brendan Power and Andrew White on guitar and vocals create such a brilliant musical synthesis that wider recognition is only a matter of time. The intense, tight-knit interaction between the two players suggests a true powerhouse partnership in the making." - The Scotsman, Edinburgh

"It is no stretch at all to describe White as the Art Tatum of the guitar." - The Chronicle Herald, Halifax