The extended length of the Lucky 13 lends itself well to harmonica tunings that repeat every four holes, because they need extra holes compared to Richter to achieve the same 3 octave range.

POWER-CHROMATIC is a very expressive repeat-scale tuning I invented for my own use in 1980, and have used ever since. It has only two notes different to Solo tuning, but they have a big effect: now every single draw note can be bent! This makes for great bluesy expression as well as enabling you to play jazzy tunes with ease, using draw bending alone. Many different keys and positions are possible, allowing you to try several and choose the best one for a particular piece.

The PowerChromatic Lucky 13 is half-valved, giving strong blow notes with the ability to add vibrato and isolated-reed pitch bending, plus all those juicy draw bends in every hole.

PowerChromatic comes in the keys of C, D and G. If you already play PowerBender Tuning, PowerChromatic will be easy to learn - because it is the same scale as holes 4-7 of PowerBender, repeated!

A NOTE ON THE COVERPLATE NUMBERING

Use the Look-Dots on the Comb Instead! Initial versions of the PowerChromatic Lucky 13 had a quirky numbering system on the upper coverplate: lower two holes blank, then numbering from 1-11. People found this confusing, so we're transitioning to coverplates in the newest models which simply number the holes 1-13. That's how the Scale Diagrams on this page depict it. If you have a PowerChrom with the earlier coverplates, JUST IGNORE THE NUMBERING AND USE THE LOOK-DOTS INSTEAD: THEY ARE THE SAME FOR BOTH TYPES OF COVERPLATE. It's actually far faster and more intuitive to orient yourself by just using the Look-Dots - you'll quickly get the hang of it! Below you can find useful tuning diagrams showing the tuning scales of the three keys, phrase maps for nine easy scales and equivalent scales and positions on the three different keys.
Image 1: Tuning Scales of the Three Keys.
Here are the scale layouts for the Lucky 13 PowerChromatic harps in the keys of C, G and D

Image 2: PowerChrom in C - 9 Easy Major and Minor Scales.
Phrase Maps for 9 Easy Scales/Positions on the PowerChrom in C. These are demonstrated in the video 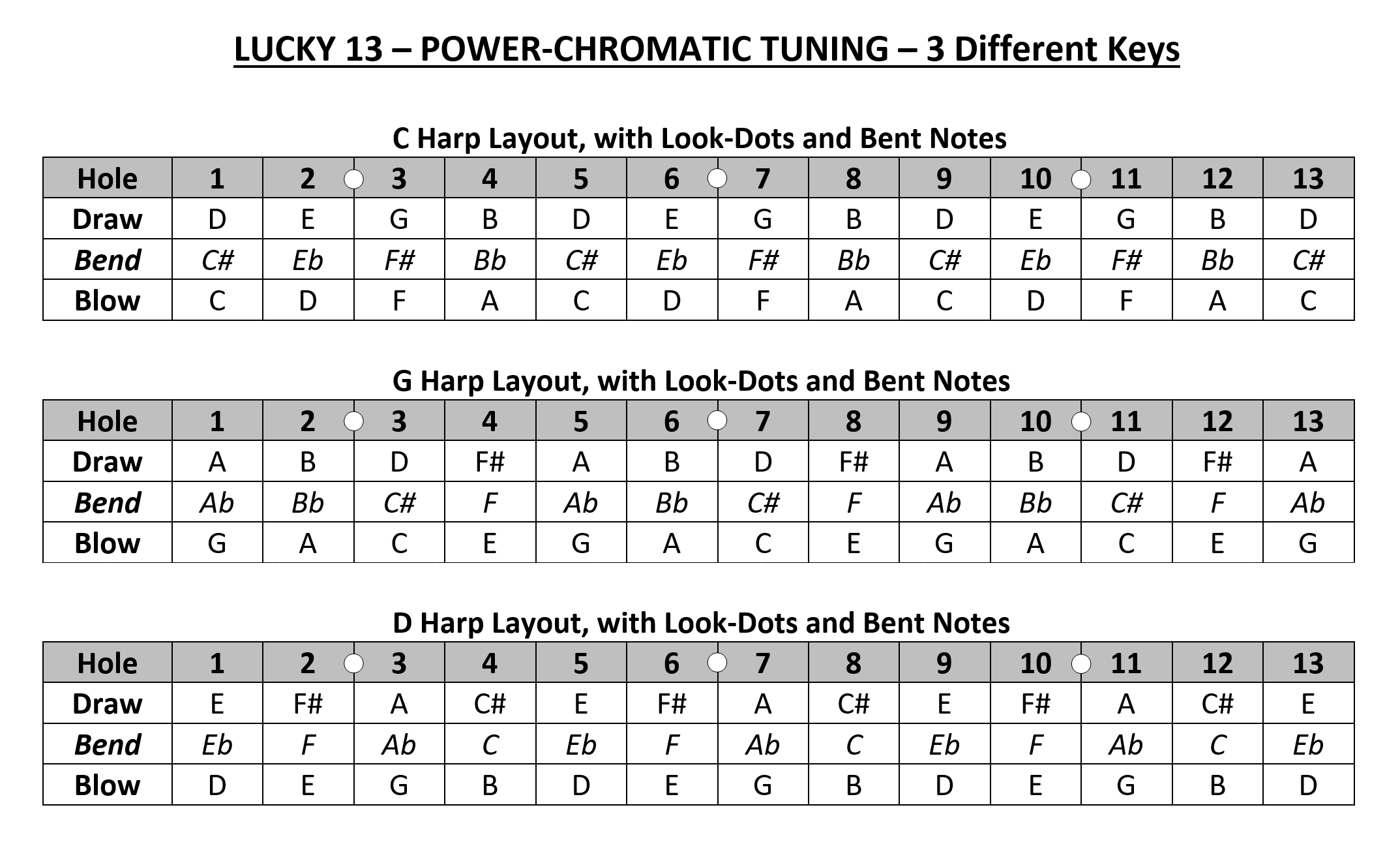 Image 3: Equivalent Scales and Positions on the Three Different Keys
Phrase Maps for key of C can be used on the G and D harps, but come out in Different Keys 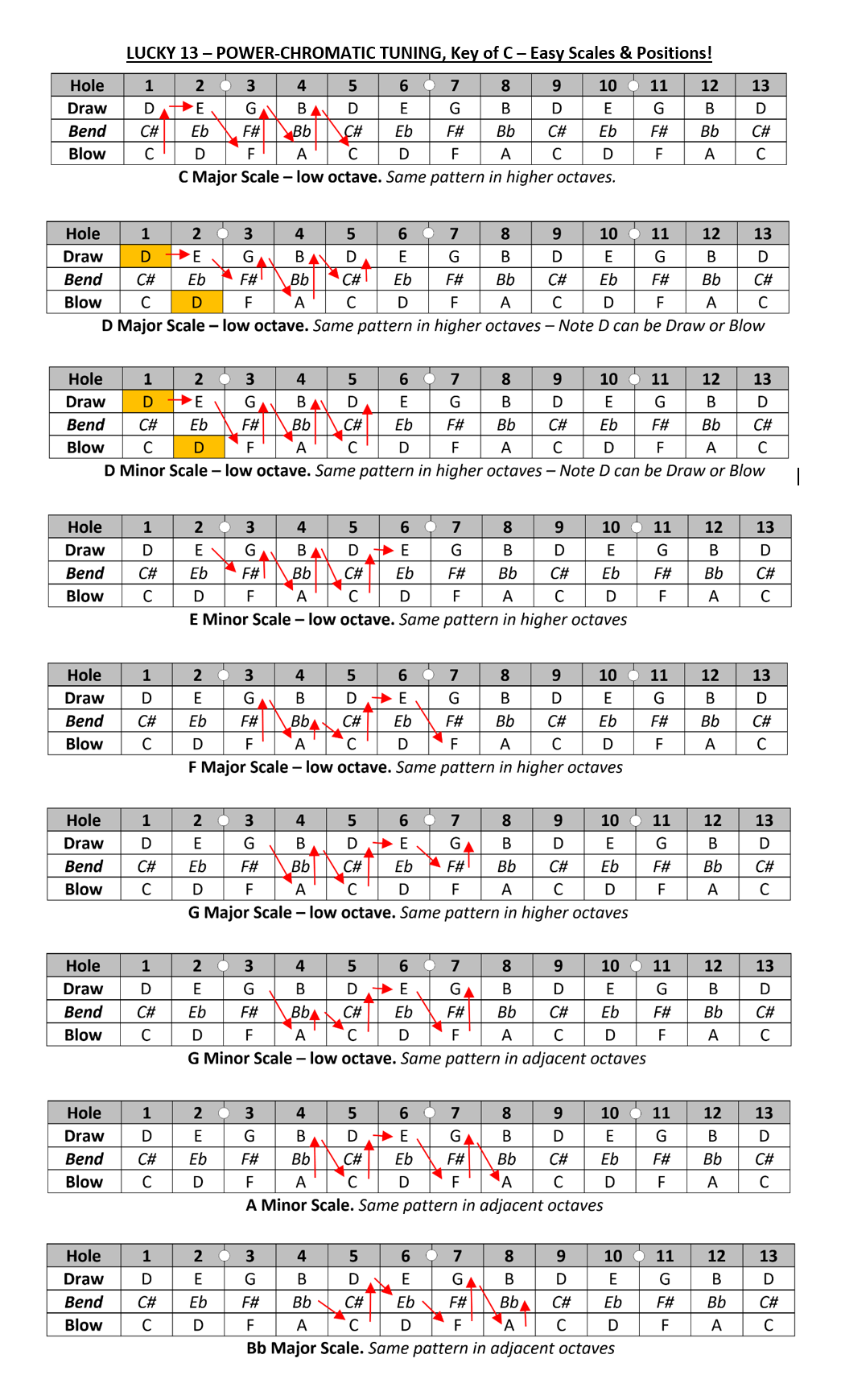