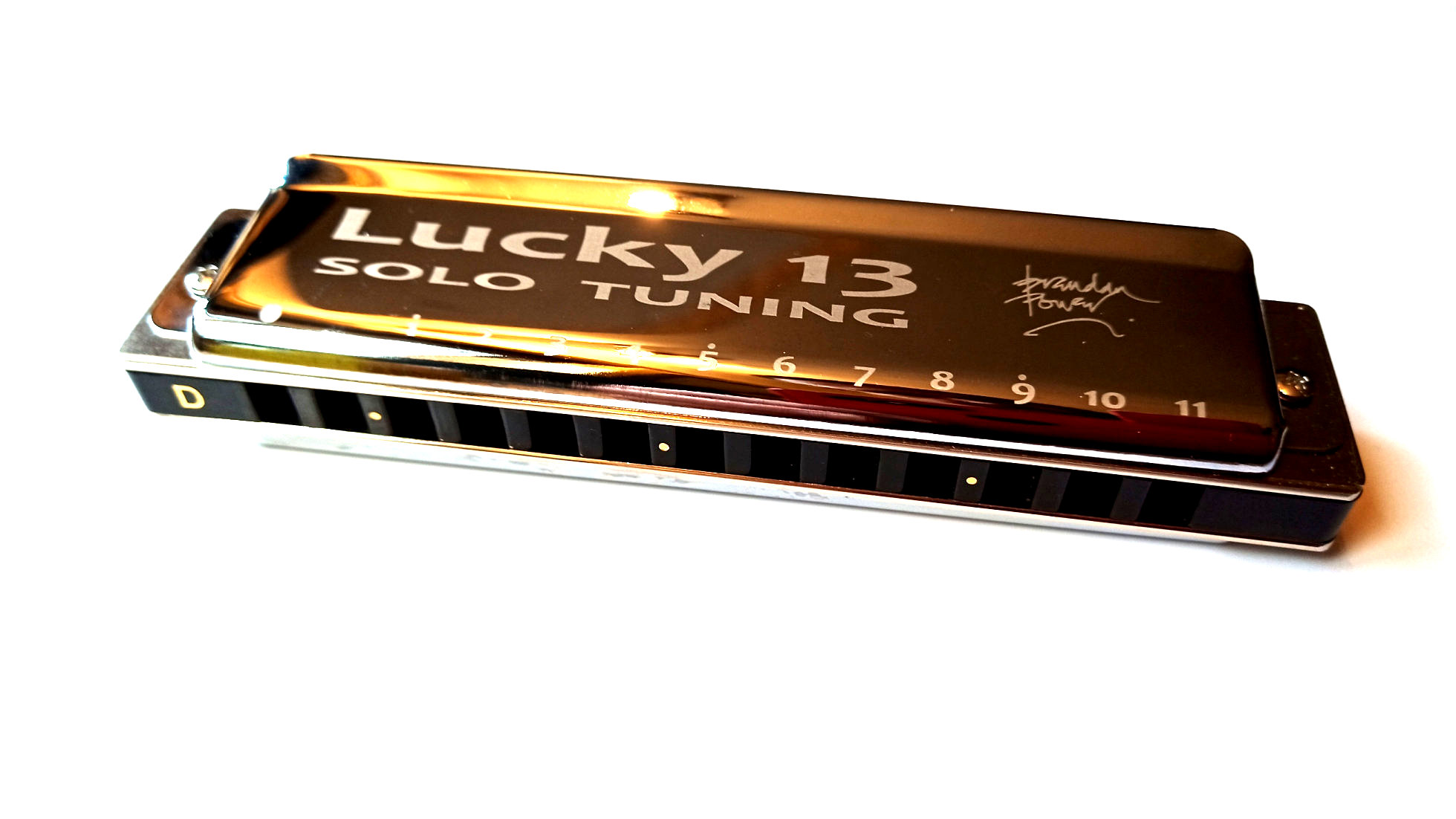 The extended length of the Lucky 13 lends itself well to harmonica tunings that repeat every four holes, since they require extra holes to achieve the same 3 octave range as Richter does in a 10-hole harp.

SOLO TUNING is the best known of these. It is used on 99% of chromatic harmonicas sold, so many players will be familiar with it.

An excellent tuning for playing pop melodies, it’s also great for playing 3rd Position Blues and Celtic music. It’s actually exactly the same scale as on holes 4-7 on a standard Richter diatonic, so all harp players will instantly feel at home with it. Solo simply repeats that pattern throughout the harp.

My Lucky 13 in Solo Tuning comes in the keys of C, G and D. It’s half-valved, to give strong, expressive blow notes as well as bendable draw notes on the odd-numbered holes. I chose the popular Orchestra variant of Solo Tuning, where the scale starts a fifth below the tonic note.